FacebookTwitterInstagram
MOST CHARMING THEATRE PLAY – THE MASK IN DE EFFENAAR 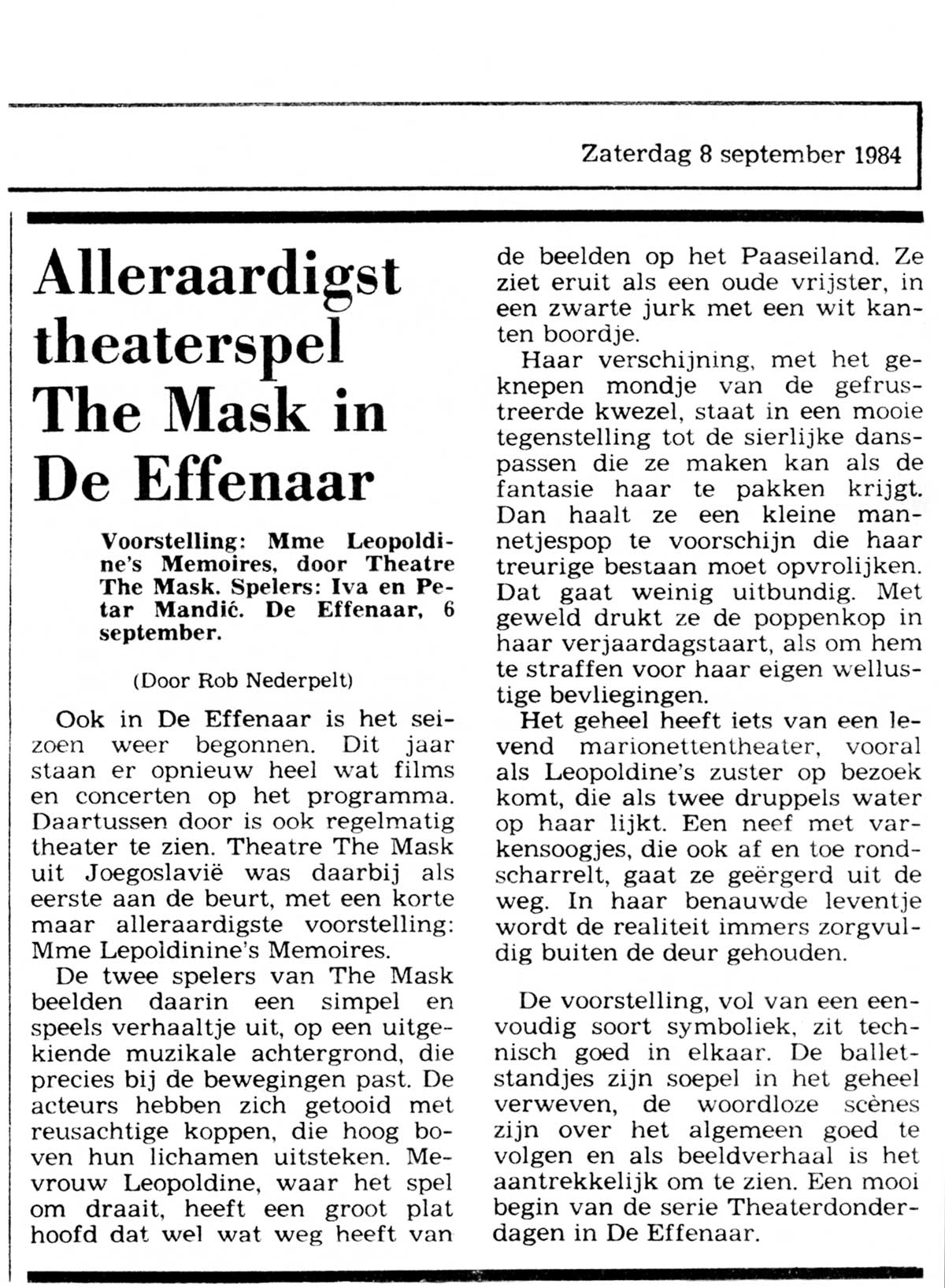 THE MOST CHARMING THEATRE PLAY – THE MASK IN DE EFFENAAR

Also in De Effenaar the season has started again. This year there are again many films and concerts on the program. In between there is also regularly theatre to be seen. Theatre The Mask from Yugoslavia was the first to perform, with a short but most charming performance: Mme Lepoldinine’s Memoires.

In it, the two actors of The Mask portray a simple and playful story, set to a sophisticated musical background, which exactly matches the movements. The actors have adorned themselves with gigantic heads, which protrude high above their bodies. Madame Leopoldine, who is the focus of the play, has a large flat head that looks a bit like the statues on Easter Island. She looks like an old spinster in a black dress with a white lace collar.

Her appearance, with the pinched mouth of the frustrated bigot, stands in stark contrast to the graceful dance steps she can do when the fantasy gets hold of her. Then she brings out a little man-puppet to brighten up her sad existence. This is not done exuberantly. She violently presses the puppet’s head into her birthday cake, as if to punish it for its own lustful whims.

The whole thing is a bit like living puppet theatre, especially when Leopoldine’s sister comes to visit, who looks just like her. A cousin with piggy eyes, who also scurries around from time to time, is something she annoyingly avoids. After all, in her cramped little life, reality is carefully kept at bay.

The performance, full of a simple kind of symbolism, is technically well put together. The ballet stances are smoothly woven into the whole, the wordless scenes are generally easy to follow, and as a visual story it is attractive to watch.
A nice start of the series of Theatre-Thursdays at De Effenaar.