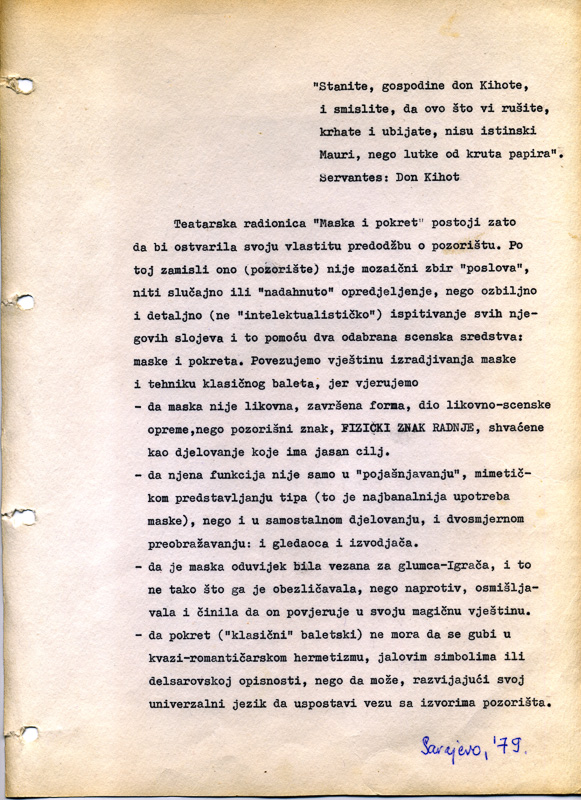 “Hold, hold, Don Quixote,
and think, that what you are
destroying, crushing and killing
are not true Moors but puppets
made of rigid paper.”

Theatre “Maska i Pokret” exists in order to realise its own vision of theatre. According to this perception, it (the theatre) is not a mosaic set of “jobs”, nor an occasional or “inspired” commitment, but serious and detailed (not “intellectualistic”) examination of all its layers with the help of two selected stage means: mask and movement. We connect the skill of creating mask and classical ballet technique because we believe