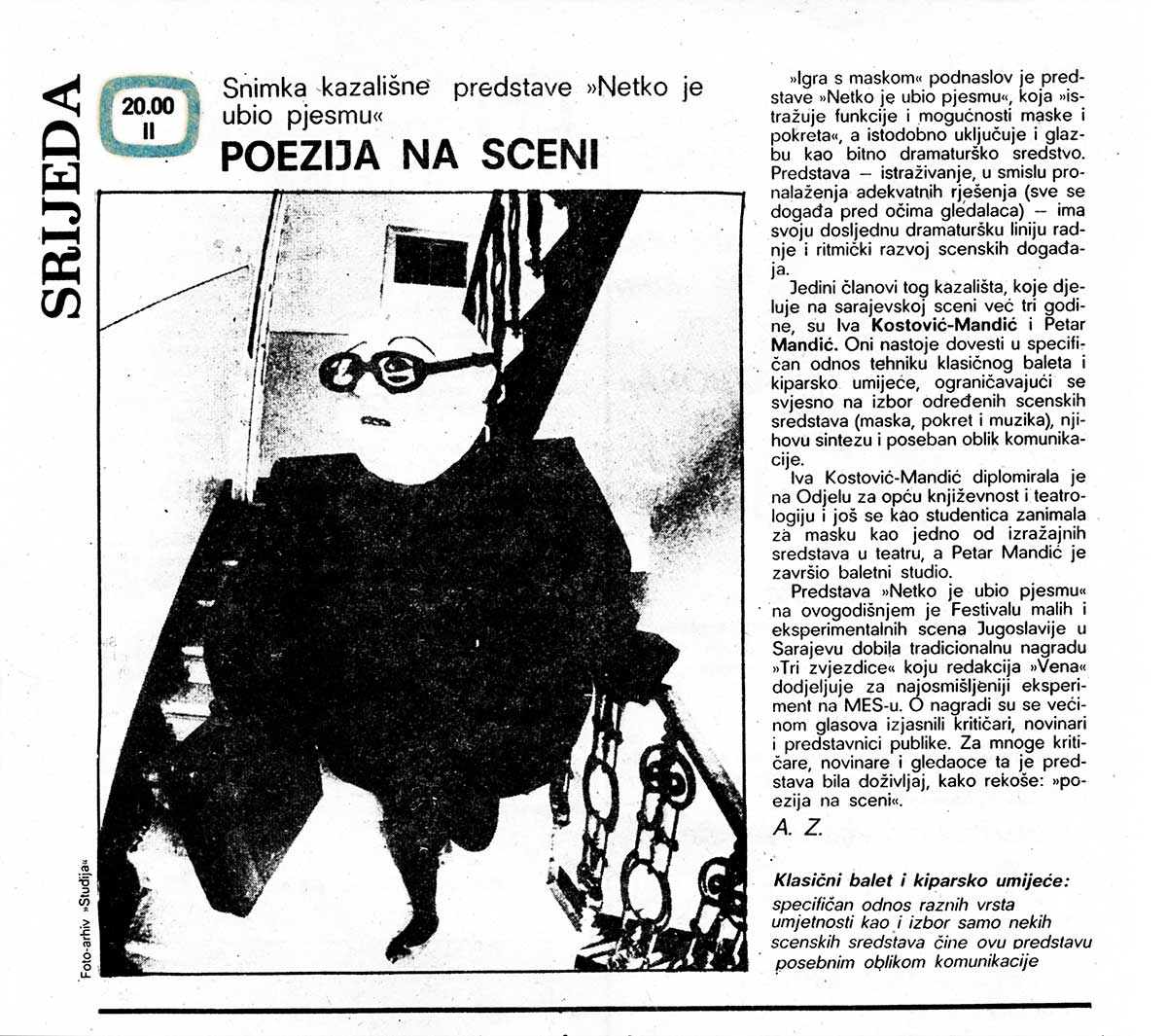 TV recording of theatre play “Somebody has Killed the Play”

“The Play with Mask” is the subtitle of the play “Somebody has Killed the Play”, which “explores the functions and possibilities of mask and movement”, and at the same time includes music as an important means of dramaturgy. The play – research, in the sense of finding adequate solutions (everything happens before the eyes of the spectators) – has its consistent dramaturgical line of action and rhythmic development of stage events.

The only members of that theatre, which operates on the Sarajevo scene for already three years, are Iva Kostović-Mandić and Petar Mandić. They try to bring the technique of classical ballet and sculptural art into a specific relationship, limiting themselves consciously to the choice of certain stage means (mask, movement and music), their synthesis and a specific form of communication.

At this year’s Festival of Small and Experimental Stages of Yugoslavia in Sarajevo, the play “Somebody has Killed the Play” won the traditional “Three Stars” award given by “Ven”’s editorial board for the most thoughtful experiment at MESS. Critics, journalists, and audience representatives voted for the award by a majority of votes. For many critics, journalists, and spectators, that play was an experience, as they put it: “the poetry on stage”.

Classical ballet and sculptural art:
the specific relationship of various types of art, as well as the choice of only some stage means, make this performance a special form of communication.