PROGRAM ONE – THE ATTIC OF ACADEMY OF ARTS – TJENTIŠTE 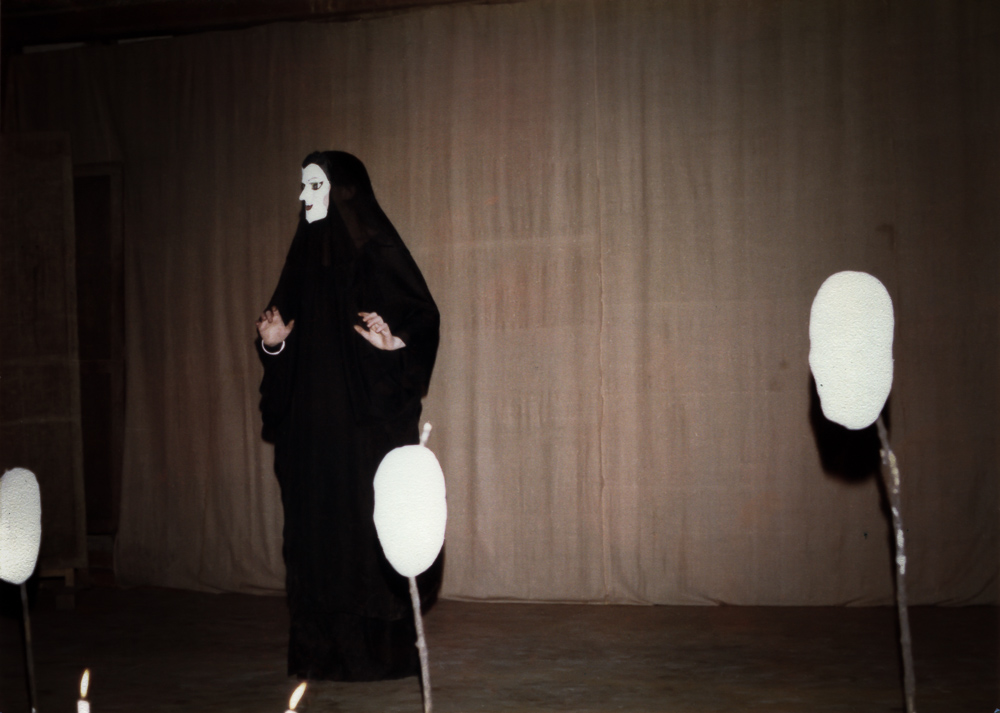 PROGRAM ONE – The Attic of Academy of Arts

The parts for the program have been around for some time now: a couple of endlessly rehearsed dance numbers; one pantomime number á la Marcel Marceau; one number with a yoga poses; one etude ”Executioner”.
But it had to be a show! The two of us worked more and more on the script and finally managed to produce a play – a very poetic, symbolic, primarily visual interpretation of Macbeth’s phrase “Out, out brief candle…”.
Several different characters, each in its own way, stripped, battered, striving for something just to finally be captured and destroyed.
Frame: At the beginning six characters remove their faceless anonymous masks and hang them on rods. From then on, their Journey begins just to realise that “… life’s but a walking shadow …”.
The executioner kills the clown; under the hood is the same clown, meaning killing himself. The insect gets rid of the shell joints to play in full freedom. The hunter watching the process was waiting for this moment to catch him in the net.
There is also the character of an evil director who directs the whole process and portrays the inevitability, ephemerality and tragedy of life. All is maximised by the use of the extremely powerful Pink Floyd soundtrack, Atom Heart Mother; Hyndemith; quotes from Macbeth.
Costumes, masks and puppets also contributed to the show’s ultimate effect.

There was still to find a place to perform. 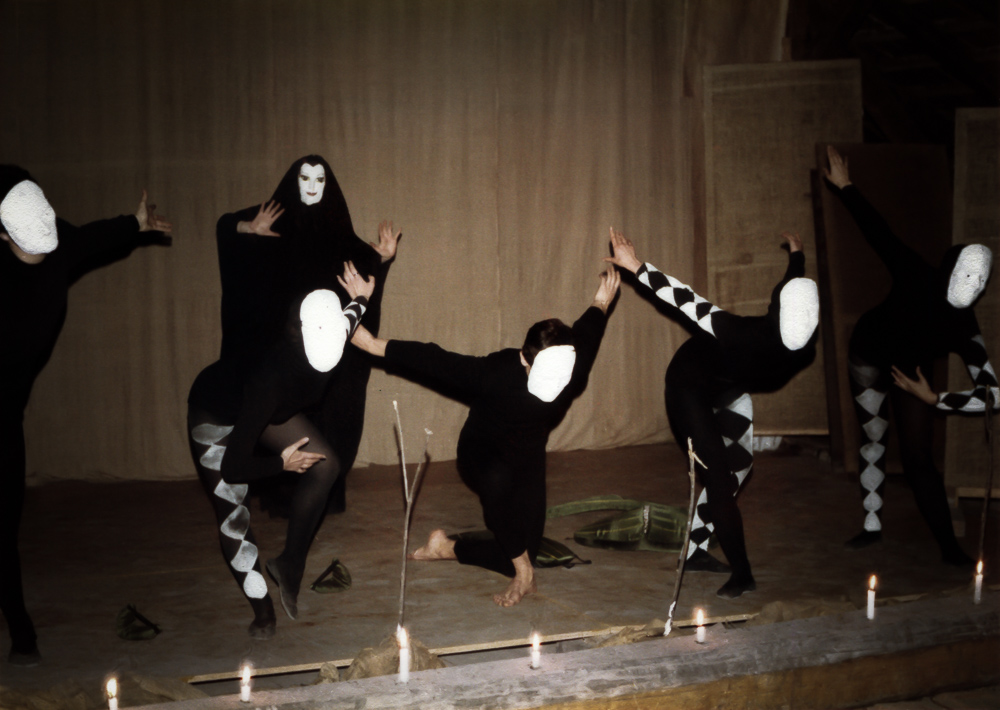 Painters from the Academy of Fine Arts offered us to play in the attic of their Academy if we wanted. The building is actually an ancient Ottoman Madrassa with a dry attic and the spirit of Dervish mysticism. It was at this extremely mystical place that Program One was performed for the first time.
The painters gave us a huge cotton cloth (curtain) that has been for generations used to wipe off oil paint from their hands. This unique curtain served as a backdrop. They also gave us some screens that formed side entrances.
It was lit by candles.
The auditorium was set up on narrow benches in between the beams.
One would come up to the attic by shabby wooden stairs.
From somewhere, we brought in electricity for the sound equipment.

But how to bring the audience?

We thought it was a good time during the MESS Festival. We even printed a flyer and the night before in front of theatres where crowds of theatregoers and critics were pushing to get into shows, distributed the flyers – trying to invite people. Very little reaction. “Thank you, it is all clear” (ironically, Foretić).
However, as a result of this action, the following day an awful lot of people turned up, which turns out not to be theatre critics but regular spectators (including the entire Chinese delegation).
It was only later on that it became clear that the attic construction could have loosened under so much weight; fortunately this did not happen.

Program One was performed several more times, once at the Communal Theatre in Travnik and once at the Youth Theatre Festival in Tjentište, where we received our first press review. We were noticed. 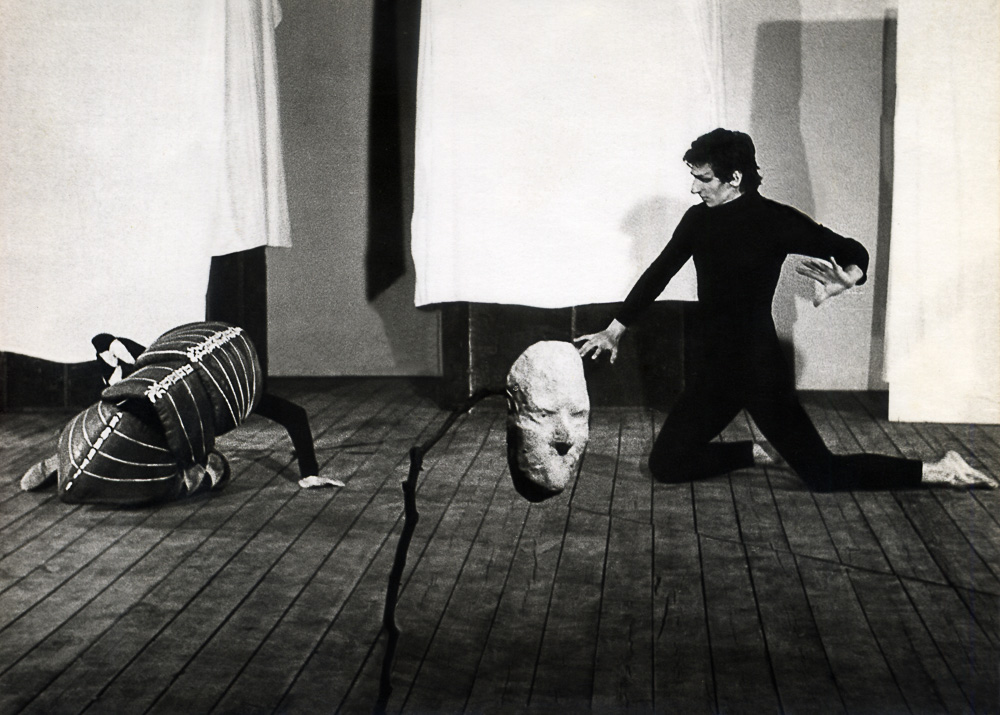 Why did we disband the group?

The group remained at the level of what it was: a hobby, free time for performers. No obligations and no involvement. But for us two, this experience meant so much more. Not only did all the business and the whole production of the play fall on us, but all of this meant a lot more to us and opened up the whole magical world. We believed we were going in the direction of dedicated theatre. We felt an overwhelming need to step back into isolation and start exploring and building our own theatre.