FacebookTwitterInstagram
SOMEBODY HAS KILLED THE PLAY ON TV 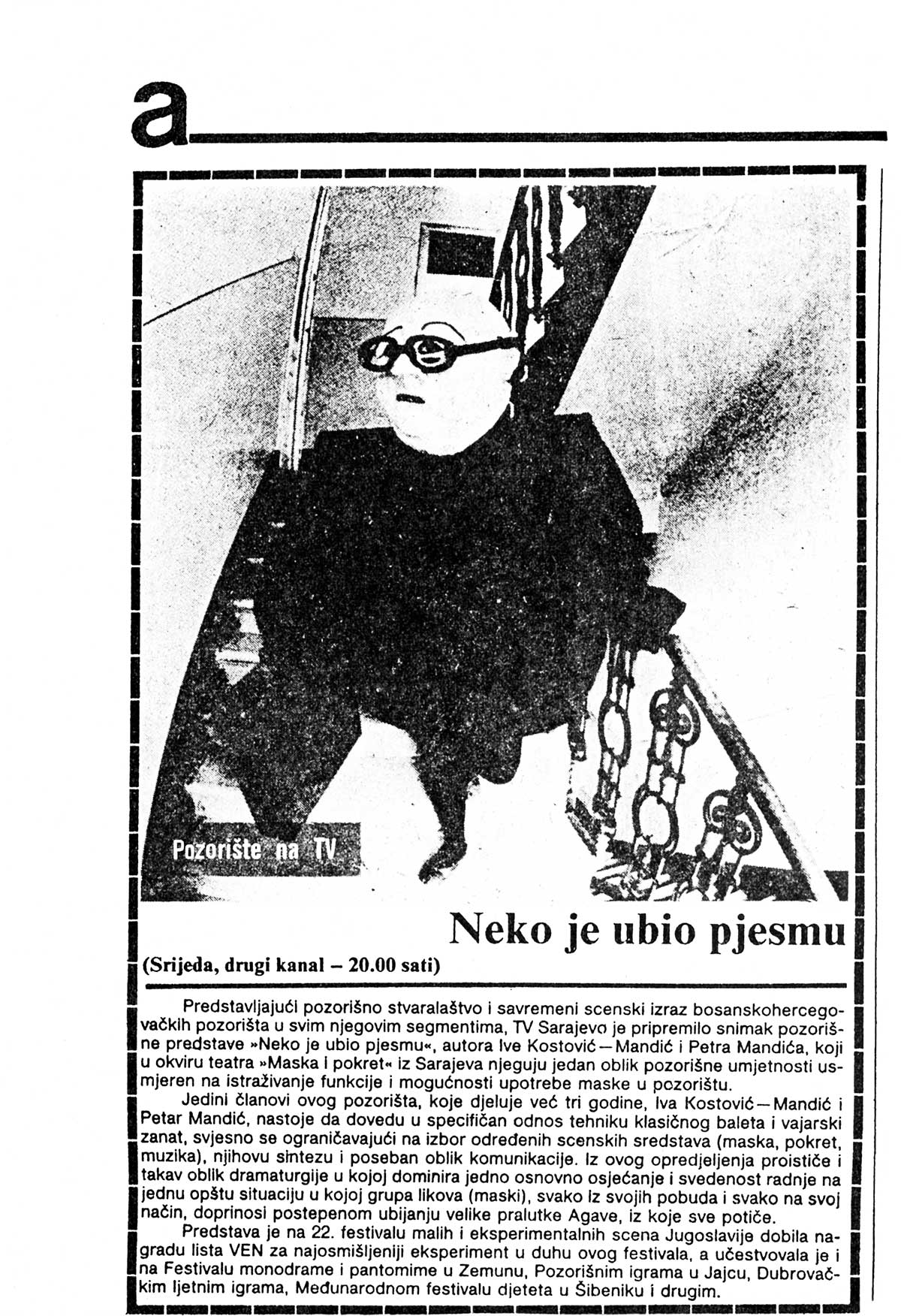 SOMEBODY HAS KILLED TH PLAY

Presenting theatrical creativity and contemporary stage expression of Bosnia and Herzegovina’s theatres in all its segments, TV Sarajevo has prepared a recording of the theatre play “Somebody has Killed the Play”, by Iva Kostović-Mandić and Petar Mandić, who within theatre “Maska i Pokret” from Sarajevo nurture a form of theatrical arts focused on exploring the function and possibilities of using mask in theatre.
The only members of this theatre, which has been operating already for three years, Iva Kostović-Mandić and Petar Mandić, try to bring the technique of classical ballet and sculpture arts into a specific relationship, consciously limiting themselves to the choice of certain stage means (mask, movement, music), their synthesis and a specific form of communication. From this commitment arises such a form of dramaturgy in which one basic feeling dominates and where reduction of action is reduced to a situation in which a group of characters (masks), each from their own motives and each in their own way, contributes to the gradual killing of the grand pre-puppet Agava, from which everything originates.
The play won the VEN magazine award at the 22nd Festival of Small and Experimental Stages of Yugoslavia for the most thoughtful experiment in the spirit of this festival, and also participated at the Monodrama and Pantomime Festival in Zemun, Jajce Theatre Plays, Dubrovnik Summer Festival, Šibenik International Children’s Festival and others.