WHAT IS OUR CONTEMPORARY MYTHOLOGY?  TO WHICH EXTENT ARE WE PART OF IT?

All cultures have always been created and governed by a certain “MYTHOLOGY”. MYTHOLOGY is a living system of collective belief; rules and laws that make each culture function as a whole. It determines one’s lifestyle and it brings one into harmony: with oneself; with given time & nation; with the universe.

If we ask the questions: What (who) creates our reality today? What conducts our attention and assists in forming our opinions? – we’ll certainly have to come to the conclusion that MASS MEDIA plays a great role in our life. It switches our attention on & off different GLOBAL ISSUES, it brings in focus dramatic (mythic) stories of wars and peace. With a precision of a document it brings stories of disasters and grace into our lives. It points out the hazards for our health and wellbeing and how to avoid them. It appeals to our deepest feelings and need for security and belonging.

MYTHIC STORIES ARE ALWAYS PRESUMED TO BE “TRUE” STORIES.

Yet, those stories seem never to happen in one’s immediate surroundings. They always happen in a faraway world of MYTHIC REALITY. Therefore, THE MESSENGERS /”SHAMANS”/ REPORTERS have always been there to transmit MYTHIC STORIES to people.

In our culture, media (primarily the world of NEWS & ADVERTISING) are that sharp clever eye that scans the universe and feeds our need for mythic stories by magically switching on and off the world of dramatic happening. Using POWERFUL IMAGES, SIGNS, EDITING SKILLS, FACES IN CLOSE-UP, ICONS, WORDS, TUNES, STATISTICS and FIGURES  – media and advertising present ‘miracles’ (‘miracles’ being direct manifestation of myths; a proof that myths really exist) – and subtle ‘assist/guide’ us to make the ‘right’ choice of WHAT IS GOOD for us AND WHAT IS NOT.

The realm of MIRACLES NOW is CONTEMPORARY MYTHOLOGY. Taking over the FORM of Dante’s Divine Comedy, and using VISUAL, NON-VERBAL LANGUAGE based on Images and new Symbols derived from mass-media, advertising and pop-culture – the story of JOURNEY THROUGH LIFE in MIRACLES NOW moves through three stages – towards understanding what it takes to achieve the ‘ultimate happiness’ in our modern, democratic, consumer society.

Quite gloomy and to a certain extent even humoristic/absurd message runs throughout the performance: never mind how hard you try, and think you are free to make your own choices, you can’t avoid the ‘mythic reality’, you are still caught in it.

MIRACLES NOW is a MULTILAYERED PROJECT whose symbolistic language can be read only in the combination of movement/dance, visual illusions, video and image projections. However, THE MASK represent here – as in all other productions by Iva & Petar Mandić– a very important part.

Previously seen only on film and now for the first time on stage, in this production the authors use precision FOAM LATEX FULL-BODY MASKS by which they depict the masks of our time – a variety of personalities, celebrities, heroes and villains. The function of the super-realistic masks being here to transform the reality into a new one – “MORE-REAL-THAN-THE-REAL-LIFE”.

The World of Modern Myths

Programe:
Part I (INFERNO) – Take a Walk on the DARK SIDE
Part II (PURGATORY) – Welcome to HOTEL “MIRACLES”.
Part III (PARADIS) – a sneak-peek into OLYMPUS: THE NEWSROOM

What should, no doubt, have been the author’s most mature and complex production – which combines on the one hand all their many years of research in the field of mask, movement and music, on the other, with their extensive experience in communication with a wide audience – unfortunately did not come out. Because an institution that should support new, original tendencies and independent projects – through very positively evaluating the show as a “visually impressive, topical and provocative project” – still decided not to grant this project.

So, unfortunately, this work remained unfinished.
The play was produced in the period 1992 – 1994.
The premiere was planned for May 1994.
The first tour and performances at renowned festivals in the Netherlands, Germany, Belgium, and Spain were planned for the summer of 1994.

Miracles Now is the ONLY production by these authors that has not been performed. 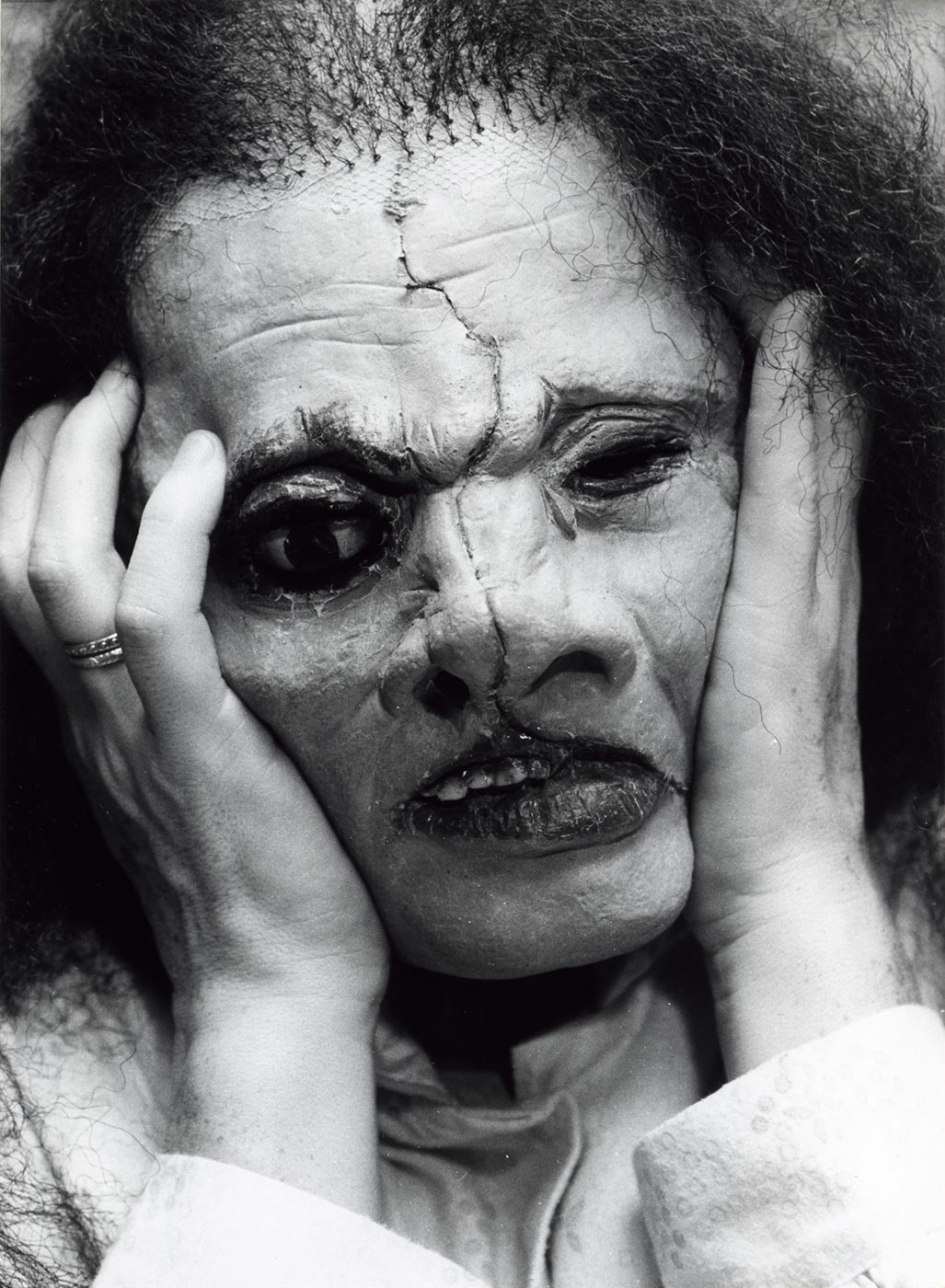 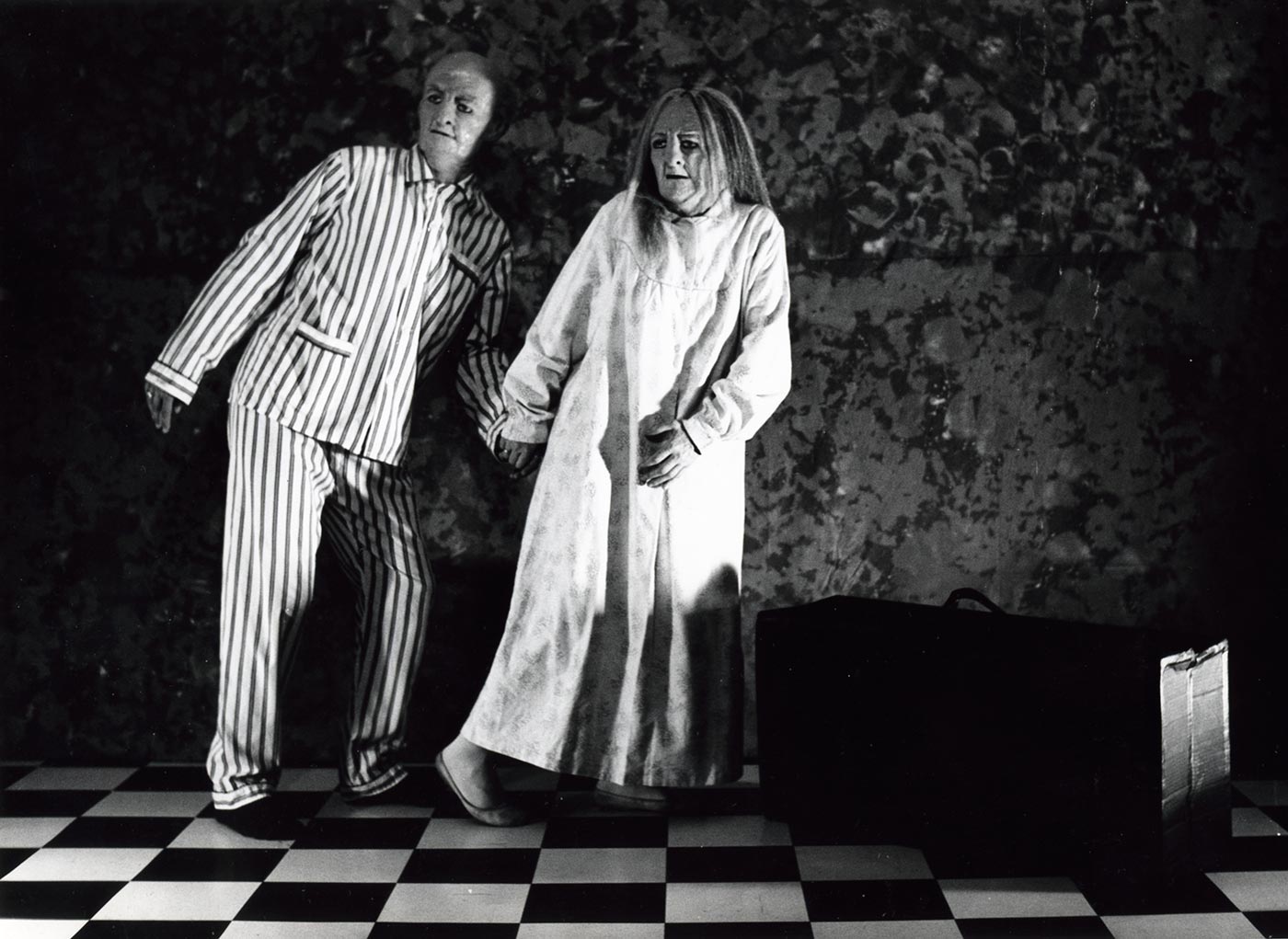