The play Overture for a Requiem is a consistent extension of the earlier work of the Maska i Pokret Theater. Remaining within their range of means of expression – a magnified mask that combines with the human body, music and movement – they take this play a step further by complicating the plot and individualising characters here linked by the complex mutual dramatic relationships.
While at the heart of the previous play was one character (Leopoldine) in whose function (and memory) were all others, in this play the characters and their relationships are organised according to a binary, oppositional model, so that each character has its opposite in the other character – the double.
Such a structure formulates a complex “story” (or, more precisely, a series of stories, since, of course, the characters and the relationships established between them can be interpreted in many ways), and hints a play of mirrors driven by the reciprocal relations of the characters.

THE DOUBLE AND ILLUSION

The main character, Sebastian, returns to his “home” at the end of his life’s journey – just before his death. He goes through several episodes with ghosts from his miserable life (childhood with dead mother, wedding with deceased bride, birthday with dead harlequin). The plot seems to go retrospectively backwards but at the same time irrepressibly forward – towards the ultimate goal – Sebastian’s showdown with Gustav, his fictitious demon, a brute, his double in a striped suit.
The moment Sebastian manages to enter Gustav’s space, he discovers that everything he lived for – his obsession, everything he wanted to be and failed to be, what he dreamed about, what he aspired for, what he feared and what he worshipped – was in fact just a banal illusion. Gustav is just a lifeless doll, and Sebastian dies – in a symbolic sense precisely because of this fact. Unravelling this illusion also destroys the meaning of his life. Women in Black find him as a corpse and prepare for the posthumous bath which the show ends with.

The stage space is organised to suggest a microcosms. The depleted image of human life has already been achieved by organising a stage space – reducing all living spaces to a few important and all events to a few memorable ones.

To the left of the scene is the privileged place of Gustav’s eternal residence, a space that Sebastian has no access to. On the right side of the proscenium is a space that symbolises the courtyard and where childhood scenes take place. Central space is empty. From the depths of the middle part of the scene towards the proscenium, the characters of Women in Black emerge, representing a kind of choir, judges, characters of parturient and undertaker. The wedding table appears in the centre of the scene during the play, which in the next scene becomes a deathbed. At the same time, the table is both, and also a place of sensual enjoyment.

MUSIC AS AN ESSENTIAL PART OF THE PERFORMANCE

In this, as in previous plays of theatre Maska i Pokret the music plays an important function. This time it is composed music of Vladimir Kostović, made according to imagined scenes in agreement with the authors of the play. In addition to the functionality, Vladimir Kostović’s music has another feature: the music complements the content of the scene, and in some cases even comments on it, making it not only a formal but an essential part of the play. 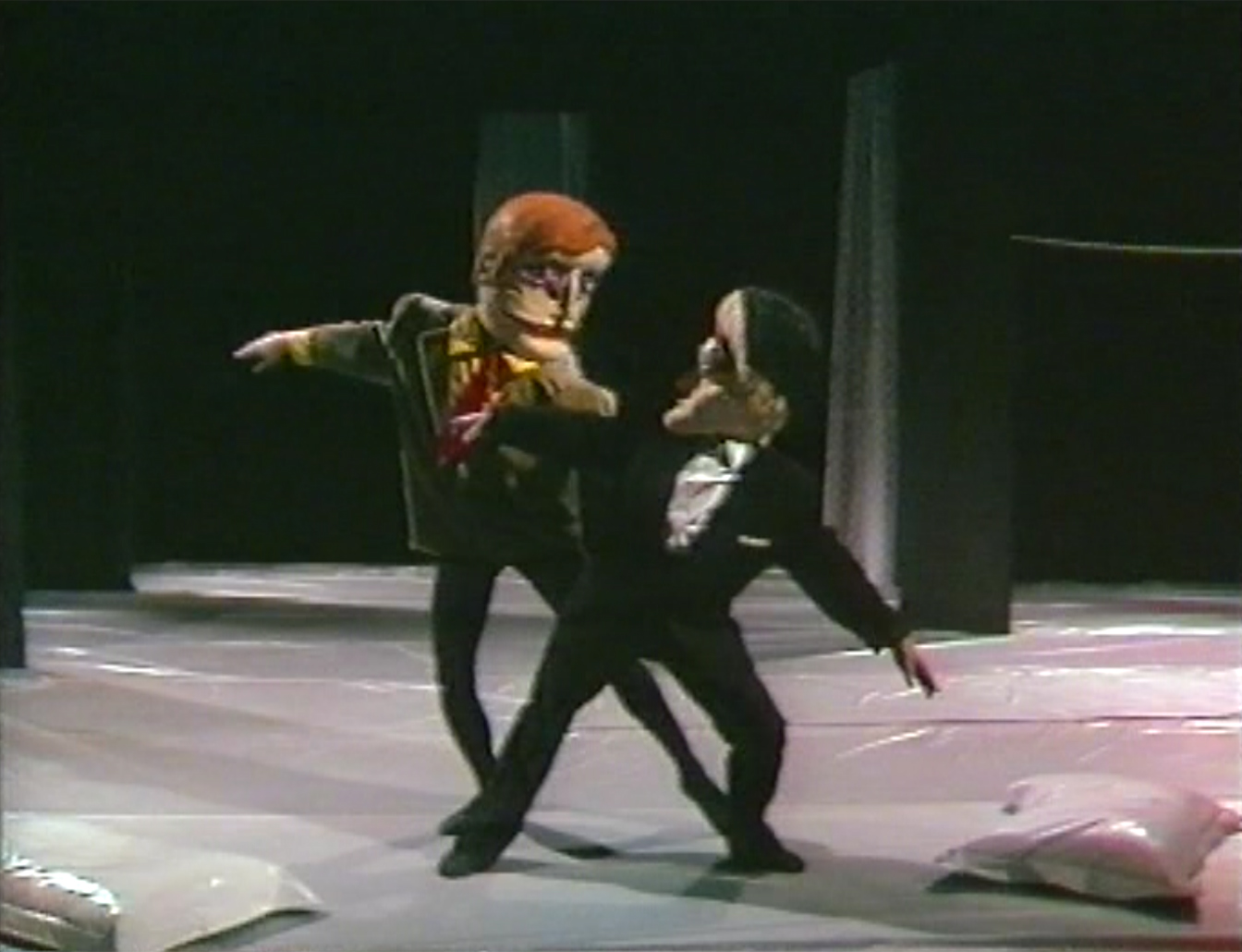 OVERTURE FOR A REQUIEM

“WONDERFULLY ANIMATED MASKS – What the artists showed was a mastery in animated mask. They have shown, in fact, that a mask can be a single frame for a particular character within which movement and exemplary choreography can produce a relief character.”

“Masks, movement and music are the only elements of theatre “Maska i Pokret”, but in varying their expressive capacities and exploring the relationships in which they can be put, they not only speak and communicate in a new theatrical language but also create a marvelous reality in which intermingle all kinds of meanings.”

“With the presence of symbolic elements, a realistically and psychologically motivated story has been transformed and becomes more complex here. The meaning of the play can be understood in two ways: either it is the story of unfulfilled contact between people, or the statement that contact can never be made because of the constitution of human nature, that is, constitution of their world. In that world, no one realises themselves as a complete carrier of life.”

“By definition, every project with ‘dumb’ characters must account for its simple and typical content. However, the members of the Maska i Pokret theatre find a solution in this regard and, by dumb characters, manage to formulate complex, subtle structures. Without words, they create characters that are individualised to a degree that separates them from the typical and are interconnected by complex and atypical mutual dramatic relationships.”

OVERTURE FOR A REQUIEM – PLAYLIST

Overture For A Requiem premiered at Dubrovnik Summer Festival on August 20, 1983. Due to very specific technical requirements, it has been played only at selected Festivals / venues which could provide the ambient required for the production.  See below: 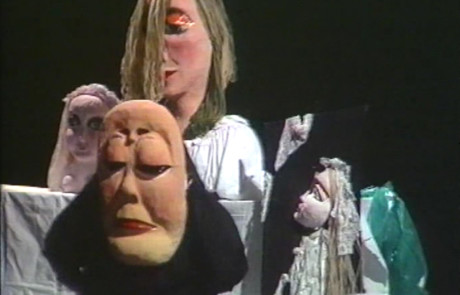 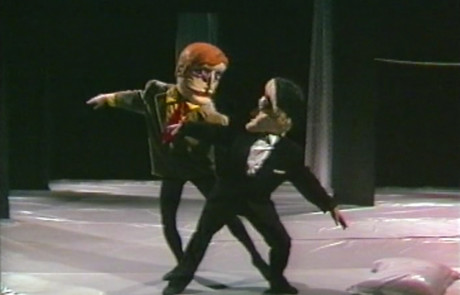 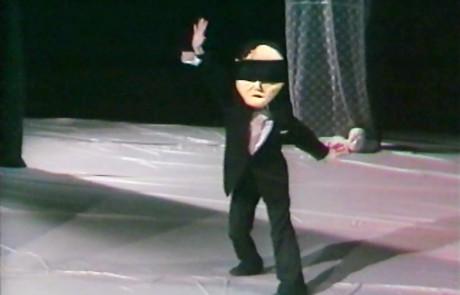 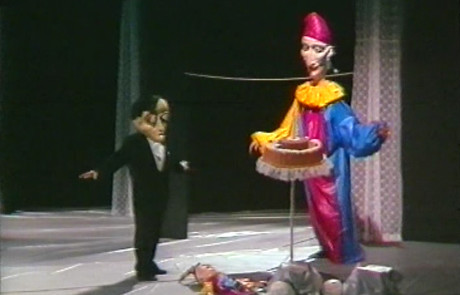 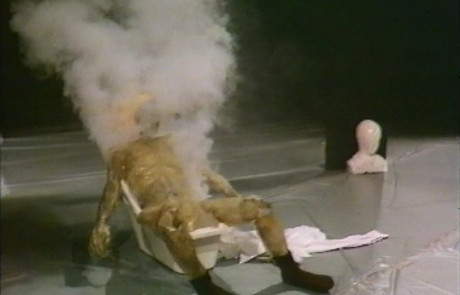 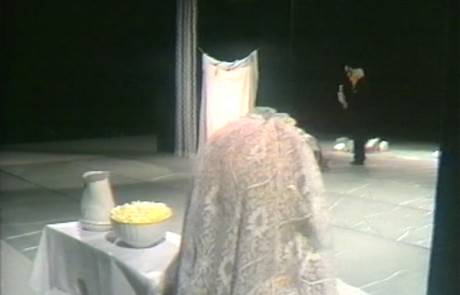