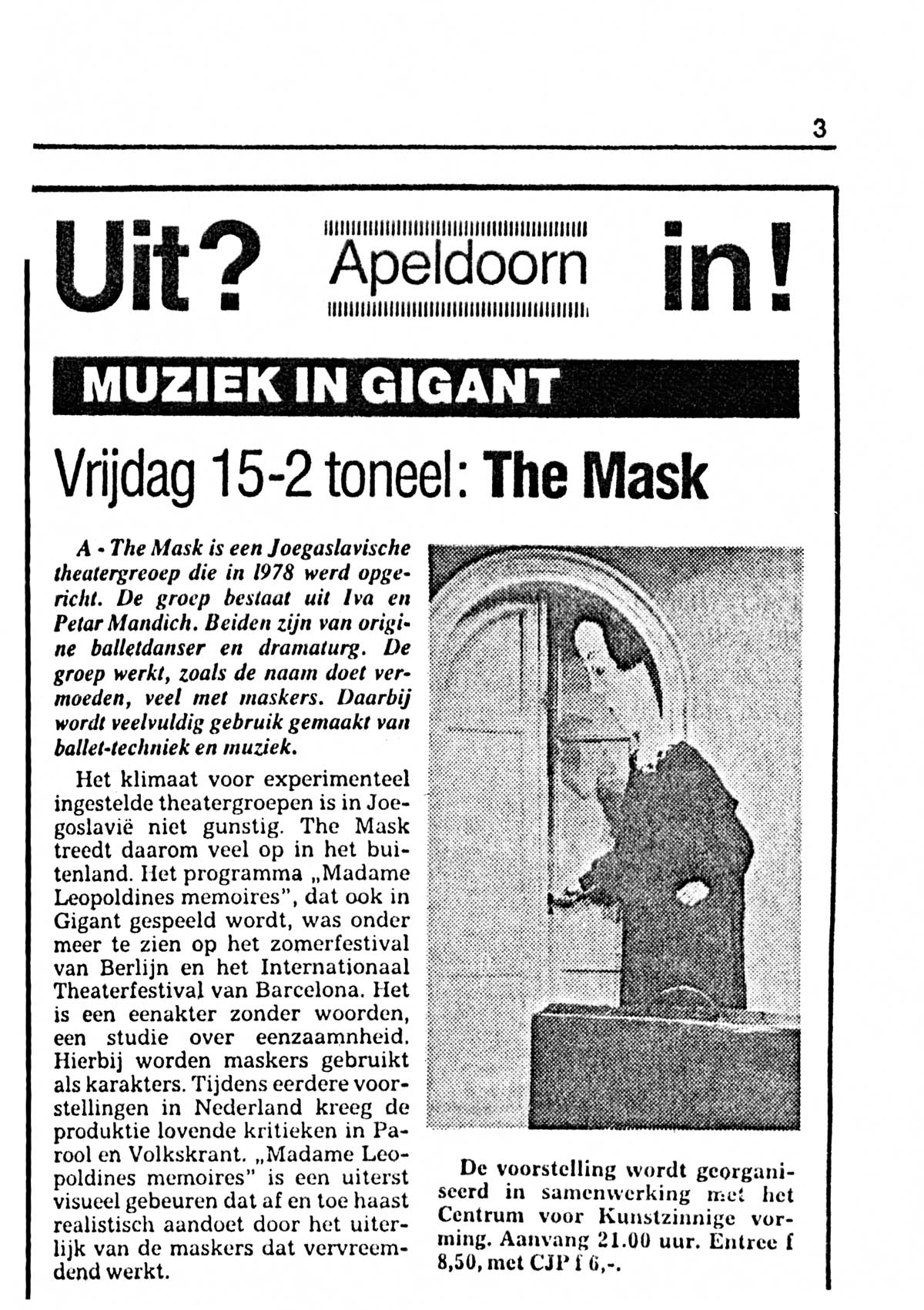 The Mask is a Yugoslavian theatre group founded in 1978. The group consists of Iva and Petar Mandich. Both are originally ballet dancers and dramatists. As the name suggests, the group works a lot with masks. Thereby ballet technique and music are used extensively.

The climate for experimental theatre groups is not favourable in Yugoslavia. The Mask therefore performs frequently abroad. The programme “Madame Leopoldine’s memoirs”, which is also performed in Gigant, was shown at Berlin Summer Festival and the Barcelona International Theatre Festival, among others. It is a one-act play without words, a study of loneliness. Masks are used as characters. During previous performances in the Netherlands, the production received favourable reviews in the Parool and Volkskrant. “Madame Leopoldine’s memoirs” is a highly visual event that at times looks almost realistic due to the appearance of the masks that has an alienating effect.
The performance is organised in cooperation with the Centre for Artistic Education. Starts at 21:00. 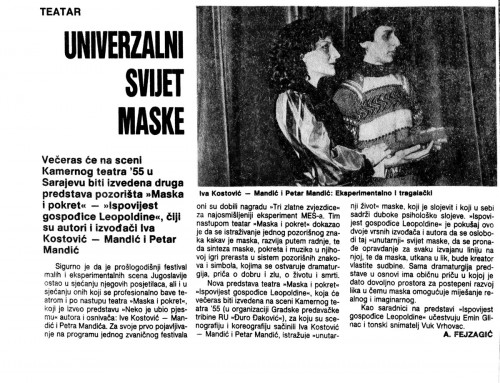 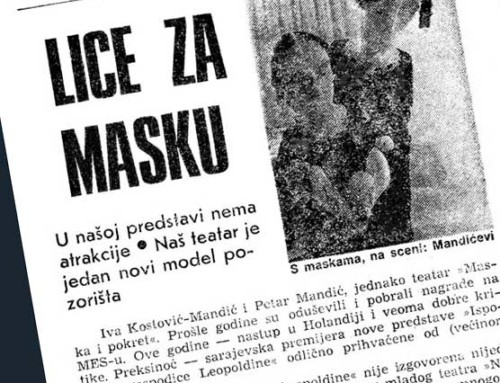 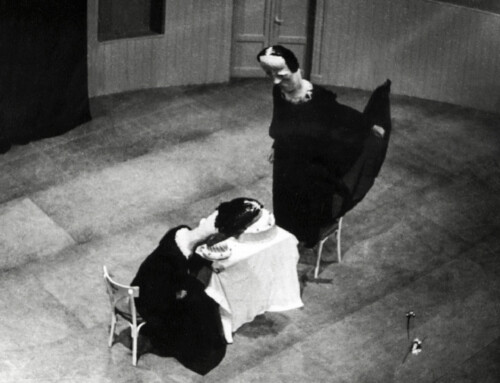 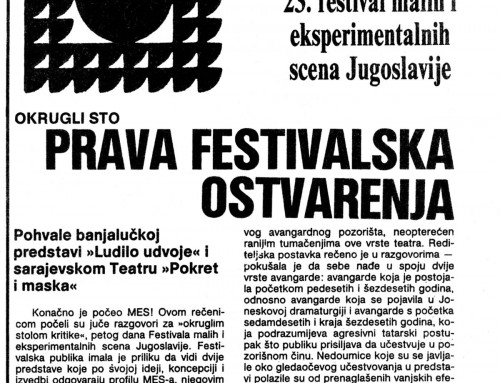 WITH THE MASKS OF IVA AND PETAR MANDIK

WITH THE MASKS OF IVA AND PETAR MANDIK

THEATRE IN THE HOUSE

THEATRE IN THE HOUSE

ABOUT THE AWARD AND A BIT MORE

ABOUT THE AWARD AND A BIT MORE 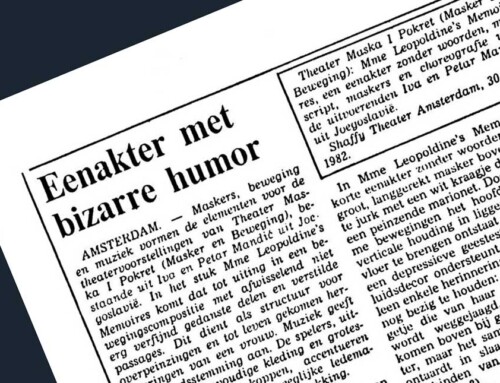 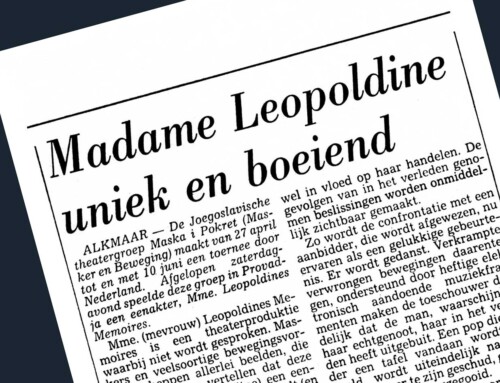 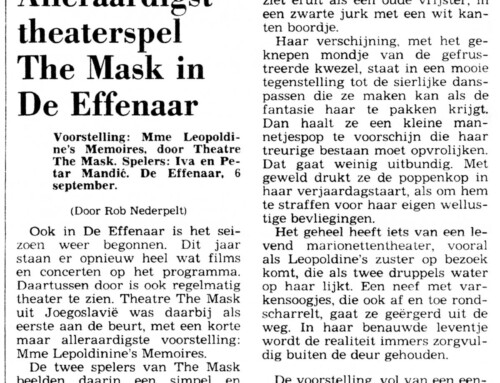 MOST CHARMING THEATRE PLAY – THE MASK IN DE EFFENAAR

MOST CHARMING THEATRE PLAY – THE MASK IN DE EFFENAAR 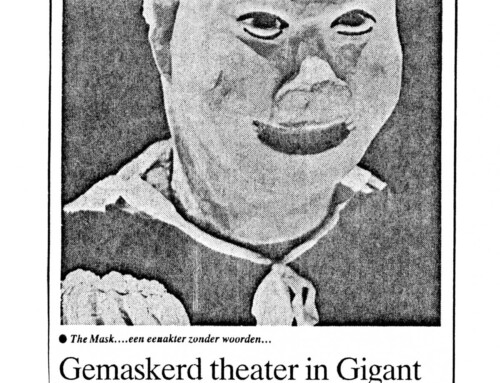 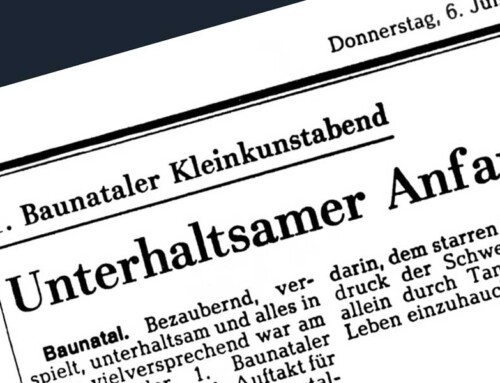 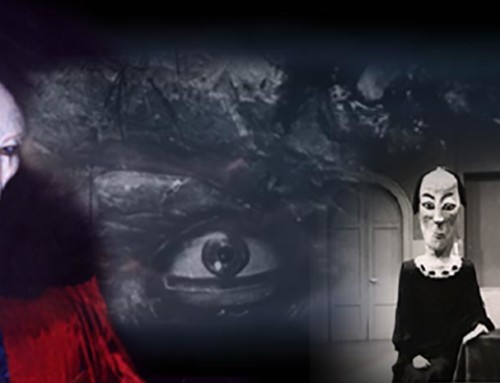 THE INNER LIFE OF MASK

THE INNER LIFE OF MASK